How to Toggle Features in C# with Feature Flags

This blog post was contributed by Tuan Nguyen, Software Developer at Getty Images.

In this tutorial, I’ll show you how to toggle features on demand in a simple web application using Unlaunch to create and manage feature flags. We’ll also see how to show or hide our features with a click of a button, without merging branches, rollbacks or deploys.

Feature flags allow developers to control who sees new features irrespective of code deployment. For example, developers can deploy a new feature to production environment and keep it hidden from all users (except themselves.) This way, they can do testing on real systems, and when the management is ready to release the feature, they can turn on the feature flag to let the users in on it. To me, here are some of the benefits of using feature flags:

A feature flag is a simple object that has a Boolean value or variations such as “on” or “off” Based on the value of the variation, you either do one thing or the other.

You can use a use a config file (appsettings.json) or a database to keep feature flags. You can also use a number of feature flag platforms which provide a web UI to manage and control feature flags and SDKs to make it easy to integrate across the stack.

I’ll show you how to implement and use feature flags in .NET Core and ASP.NET. I will be using the Unlaunch SDK for.NET to manage and retrieve feature flags from my code. We’ll use the eShop Web application. Our imaginary use case (inspired from real-life) is to change the sort order on our store. We want to show items in reverse order. 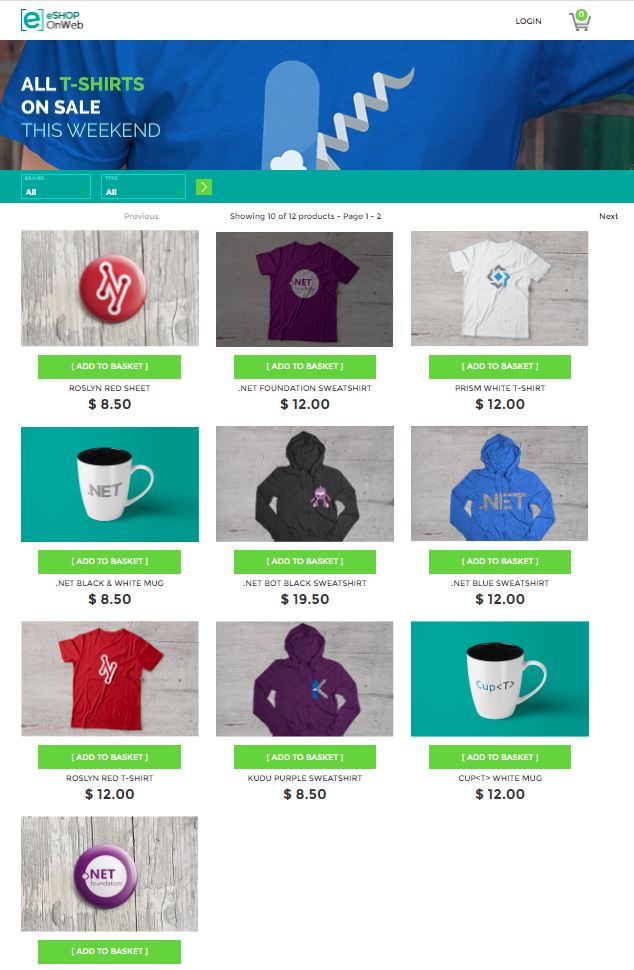 Before Your Get Started

Go to Unlaunch.io and create a free account. As part of sign up, create a new project. (The name of the project should match that of your application. I named my project ‘eShopWeb’.) Next, I created a new feature flag called ‘catalog_reverse’. Leave everything to its default value. Make sure you enable the flag by clicking on the “Enable Flag” button in the top right corner. To make the feature flag return “on” variation (to signal that we should show the feature to all users), choose “on” variation under “Default Rule”. 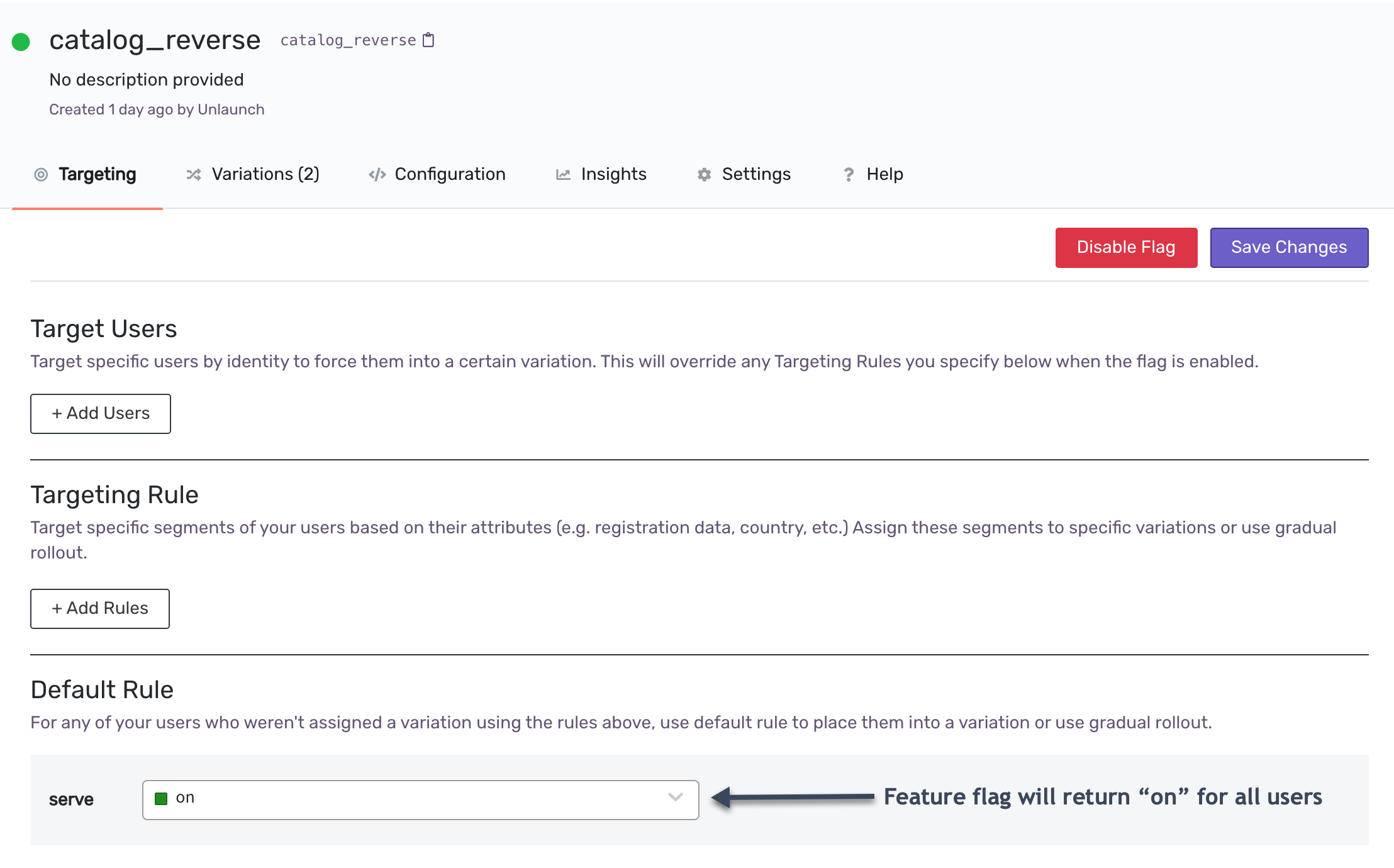 To use the feature flag ‘catalog_reverse’ in our application, we need to integrate the Unlaunch .NET SDK.

Install the Nuget package or run:

Initialize Unlaunch Client as a Singleton

In src/Web/Startup.cs, initialize the Unlaunch client. The client will download the feature flag right away and will poll for changes every 60 seconds. You can customize the polling interval, but in our case, 60 seconds works great. A number of feature flag platforms like LaunchDarkly uses a streaming architecture but I prefer polling to avoid any extra overhead and in most cases, it is okay to wait up to a minute to disable the feature if the flag is turned off using the web UI.

To find your SDK key, in the Unlaunch web UI, and click on “Settings” in the sidebar. Copy the Server Key for the environment you’re working with (Production in my case.) Additional information: Unlaunch provides 3 different types of SDK keys for security purposes. For example, the “Browser Key” is for client-side SDKs like React that run on client side. To access feature flags with this SDK key, you must update flag settings to make it available on client-side.

Evaluate feature flag and get “on” or “off” variation

I created a new service for Unlaunch called UnlaunchService within the application to handle feature flag logic in there and inject this service in other places.

I created a wrapper function (IsEnabled) to return whether the feature flag is enabled or not. It takes a string argument called userIdentity. This is important when doing gradual or phased rollouts as Unlaunch SDK uses hash of userIdentity to determine whether to show the feature or not to a particular user. For this example, this argument is not used because we are turning the flag on or off for all users. But we’ll pass it anyways because we’ll be using it later.

Then in my Index.cshtml, I check if the feature flag is enabled or not and if enabled, I sort the items in the reverse order.

As we can see, items in the shop are reverse sorted when the feature flag is turned “on”. 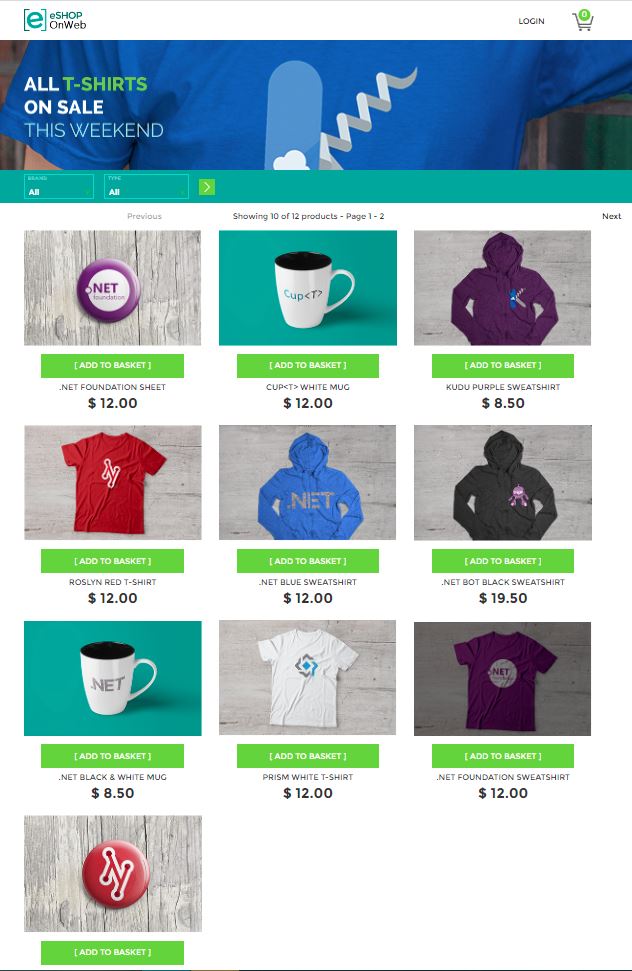 Suppose you want to turn the feature on only for internal users so they can see how things look. For example, if I wanted to keep the feature off for everyone and only enable it for one of my colleagues whose working from home, I can target by IP address. (Alternatively, you can also target users by other criteria e.g. all users whose email address ends with [email protected], but if you recall, our shop is visible to logged our users and we’re passing IP address as identity.)

Often times, we roll out feature starting with countries that would have limited impact on revenue or other KPIs if things go south. For example to target everyone from Germany (DEU) and Austria (AUT). This often allow to learn the behavior and impact of a new feature before opening it up for broader audience. To do this, create a new Attribute in Unlaunch of type “Set” and call name “country”.

To make this work, in our code we’d have to pass an additional attribute that contains user’s country so the SDK can decide which variation to show. In the Unlaunch service class, I updated the isEnabled to resolve user country by IP and pass it to the SDK.

Suppose, we want to target all logged in users in your company. We can define a targeting rule to show the feature to everyone whose email ends with @@yourcompanydomain.com.

You’d have to start passing the email address to the SDK so it can make the decision.

I just gave you a few examples that I’ve been using to target segments using feature flags. The possibilities are endless and in my opinion, this is where feature flags truly shine. You can release a feature on production and turn in on only for specific users (just your product manager or QA engineer,) or everyone in the company, or everyone in certain countries, etc. Try it out and have fun with it.

Feature flags are easy to set up and add a lot of flexibility to your application. Even if you use a feature flag service provider or create your own solution, I’m confident that your team will appreciate the idea of decoupling feature releases from code deployments because it removes a major source of stress.

Here’s the complete source code used in this blog post is available on GitHub. Here’s the commit with comments describing changes: https://github.com/tnguyenquy/eShopOnWeb/commit/116ee293f79b7bac52fd7957dfa2feb033384c2b.