Do Software Developers Normally Code on Weekends? Work-life Balance and Overtime in the Tech Industry 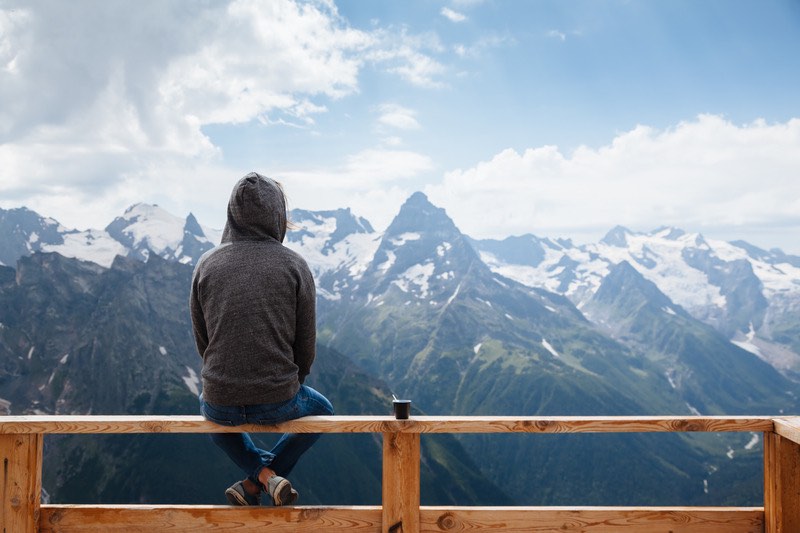 Despite all the perks tech companies offer to employees these days (unlimited PTOs, catered lunches, refreshments, beer on tap, dog friendly offices, gyms, yoga classes), there is often an indirect or hidden pressure on software engineers to put in more hours or to code on weekends. Managers say things like:

Subtle hints like these leave many developers wondering whether working on weekends a normal thing that is expected from us as software engineers.

Which brings us to the question: “Is it OK to not code for work on the weekends?”

The answer is: it is ABSOLUTELY OK to not work on weekends. You have a life and it’s pefectly OK to enjoy it.

One exception to this rule is if there is a real emergency. No, not finishing a story in time for the Sprint Retro doesn’t constitute an emergency. It was probably not estimated correctly and besides, estimates are not targets. Emergencies should be rare or there are bigger issues with the team or the company. For example, a while ago, I was handling the launch of a product (a mobile game) that was attached to PR events. It was supposed to go live on Monday. On Friday afternoon before the launch, we discovered a major issue that was going to seriously jeopardize the launch if not fixed. This was a real emergency. The team came into work both on Saturday and Sunday. We fixed the issue just in time for launch and it went super smooth. Next week, the entire team took 2 extra days off and got a 4-day weekend. It was followed by a post-mortem analysis to understand the root cause so we don’t have make the same mistake again.

Is It OK to Learn New Technologies My Job Requires at Work?

If your work requires you to learn a new technology, it’s quite ok to learn it at work. If you are required to learn it in order to apply it at your job, then by definition it is work. This is where most managers either turn a blind eye or encourage employees to learn on their ‘free time’. If you’re in a situation like this, work with your manager to carve out dedicated time each sprint (or a week, whatever) where you can spend time learning the new technology you’ve been asked to learn. This is not a black or white rule. If you’re really interested in the learning the new technology and want to put in your time because it is good for your personal development and growth, then by all means you should to invest your free time in learning. The point I’m trying to make is that you should not be pressured into doing it. Similarly, if you really enjoy coding and want to take your skills to the next level by doing work on weekends, that’s totally fine as long as it is your choice.

How to be Effective at Work?

If you don’t want to put overtime, you must become efficient while at work and avoid distractions. As an engineer, if you are attending a lot of useless meetings a week, talk to your manager or the person who owns the meeting to see if you really need to be in those meetings. Try to avoid wasting time with people who come to work to socialize with others and then stay late to complete their tasks. Use headphones. If the socializers still don’t get the signal, walk away and tell them you’re busy. Work from home once a day every week where you can focus distraction free. Talk to your management team to implement no meeting days where other than daily stand-ups, no other meetings are allowed (this will usually require support from executives if you are working for a large company because it needs to be understood and accepted company wide.)

The Myth of Overtime

Putting in extra hours does work in the short term and will get the job done. But it’s not a viable long term strategy. In fact, the effects of overtime either cancel out the progress made in the longer term or leave teams worse off than they were before. Peopleware, one of my favourite management books of all time, covers this issue very nicely and uses the sprinting analogy: it’s great for the final stretch but if you do it for too long, you won’t be able to finish the race. Wise managers use it judiciously and think in terms of benefits divided by costs. The benefit could be that project is delivered on time. The cost will be downtime and decreased productivity or worse, replacing smart people who quit (which is almost never worth it!)

It’s totally true that some people are workaholics. If you ask them about Work-Life balance, don’t be surprised if you hear ‘What’s that? They’ll consistently put in very long hours even when there’s no pressure on them. Under pressure, they’d even sleep at the office. It might be hard to believe for some, but I know regular employees who worked on Christmas holidays and were at the office every single day because they wanted to deliver on their commitments for the quarter. 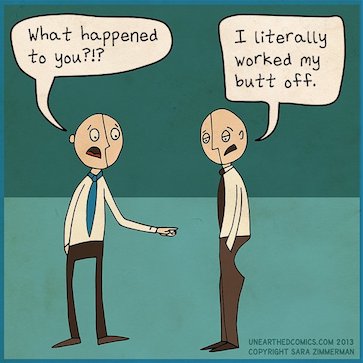 But the productivity of workaholics decline after a while. Sooner or later, they’ll realize that life is going by while they were sacrificing it for work. Other people were enjoying it. They’ll become grumpy. Develop health issues. Burn out. Mentally check out or quit.

Chapter 3 of Peopleware, “Vienna waits for you” starts with the following tale:

Some years ago I was swapping war stories with the manager of a large project in southern California. He began to refate the effect that his project and its crazy hours had had on his staff. There were two divorces that he could trace directly to the overtime his people were putting in, and one of his worker’s kids had gotten into some kind of trouble with drugs, probably because his father had been too busy for parenting during the past year. Finally there had been the nervous breakdown of the test team leader.

As he continued through these horrors, I began to realize that in his own strange way, the man was bragging. You might suspect that with another divorce or two and a suicide, the project would have been a complete success, at least in his eyes.

If you’re an employee and your teammate is a workaholic, don’t feel bad. It doesn’t mean you have to do the same.

If you’re a manager, you need to keep an eye to detect problems early and course-correct. I was talking to a friend who quit his job a couple of months ago. His manager would spend time at the office socializing and then regularly send emails on weekend cc’ing higher ups asking for updates from the team. None of the manager’s bosses stepped in to say “what are you doing?” I’m glad he quit and now is in a place with better culture and working conditions. As a manager, I try to keep a close eye on overtime. My priority is to prevent burn out. There are times when we are running behind it gets tempting to push the team to put in extra hours. But there are options 98% of the time: work with the product team to negotiate the scope to reduce it so it can be released on time. Find other creative solutions. And if nothing else is possible, find out a way to make roadmap and OKR adjustments if necessary and push things out. 98% of the time, it’s not worth doing at the cost of burnout.

I’m in no way suggesting that worholics are bad people. There are times when companies need workoholics to succeed. Especially startups in their infancy. But it’s not a scalable approach. If your company can only be run by workholics, you’re in trouble.

So it’s not so black and white. If you’re starting out or learning a new technology, it’s totally OK to put in extra hours initially so you could have it easy down the road. I’m not against it at all; This post is about companies that try to promote this culture and pressure employees into following it. That is not OK!

If you manager tries to indirectly pressure you into working weekend regularly by saying things like “you can call me on Saturday (or at midnight) if you have any questions, I’ll be there to answer since I’ll be working anyways” you can reply “No, thanks. I don’t work on weekends as a principle.” If that doesn’t work and your manager or peers continue to pressure you, start looking for a new job which offers better work-life balance. Seriously, it is not worth it. Don’t listen to the BS work-life harmony crap and don’t let corporations control and define your quality of life.

I cut together some of the cutting room floor footage from my doc and it’s all about work-life balance (or lack thereof): https://www.youtube.com/wat…