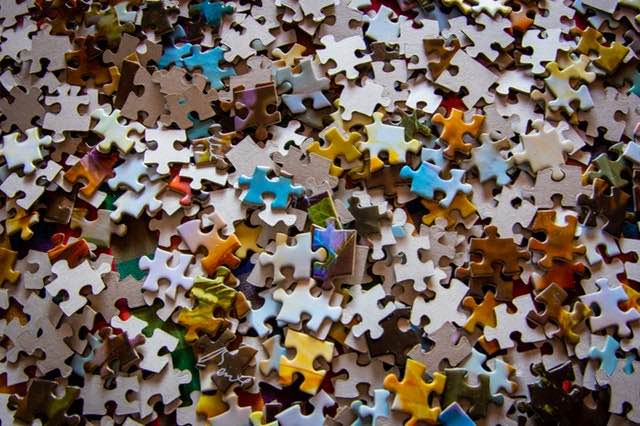 Technical debt is incurred when the software or system designers take shortcuts to ship a feature faster, increasing the overall complexity of the system. The goal is to optimize the present rather than the future. In other words, it’s the easier path that takes us to the end-goal faster, but the resulting code (or design) is messy and complicated. It will require extra time in the future to add new features or to fix bugs.

The most common reason why companies take on technical debt is to meet the time to market demands. “We must release this feature by February, or our revenue will take a big hit. Just hack it for now, and we’ll fix it later.” Other reasons for incurring tech debt include lousy design choices, poor programming, changing requirements, or the presence of outdated libraries or frameworks that made sense in the past but have become a liability now.

Technical debt is not always a bad thing. It can help companies ship a critical feature fast and acquire users more quickly than its competition. My first job was at a startup. We intentionally took on tech debt because a) what we were doing was risky, b) we had a tight deadline to meet or the company would run out of money - no point in writing perfect code if it wasn’t going to be ever released. Our tech debt wasn’t the opposite of over-engineering. It was an intentional compromise to get the product out of the door on time. We understood that we’d have to pay the debt off or it will make it difficult to maintain and grow the system in the future.

The problem starts when companies forget to pay off the debt and let it creep and pile up for an extended period. The past comes to haunt the present. For good software developers, it is totally demoralizing to work on products that have high tech debt. This aspect isn’t often talked about, but its effects are very real. Simple things like changing a title tag of a webpage page take up a whole day because the logic was scattered in five different files. At the end of the day, it’s not a great feeling that it took so much time for a small task. It’s even more upsetting when they have to explain it to their managers, colleagues, or the product team why it took so long. Troubleshooting a bug is not just difficult but also painful. Jeff Atwood called it a major disincentive to work on a project:

Beyond what Steve describes here, I’d also argue that accumulated technical debt becomes a major disincentive to work on a project. It’s a collection of small but annoying things that you have to deal with every time you sit down to write code. But it’s exactly these small annoyances, this sand grinding away in the gears of your workday, that eventually causes you to stop enjoying the project. 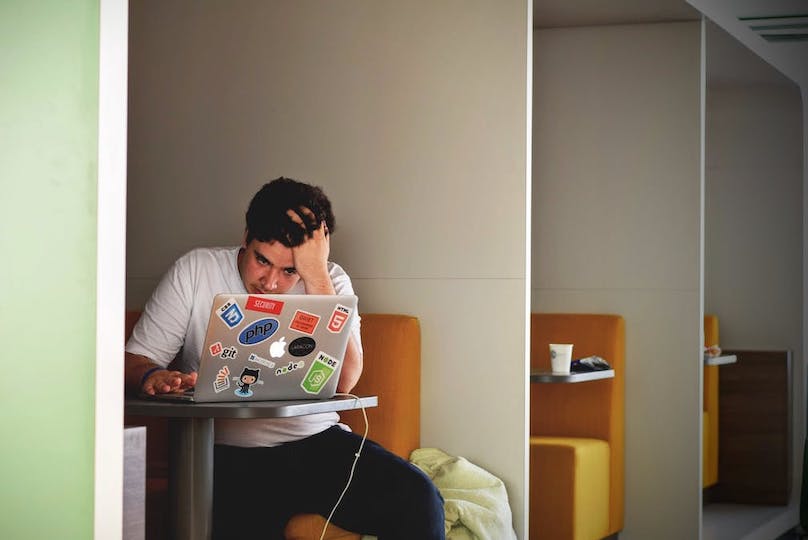 I’ll add that it is even more frustrating if it is a large project with many other developers working on it. Imagine finally finishing a feature only to find that it is not working on the QA or Stage environment because another developer from a different team changed something which somehow broke the feature you just completed and you both have no idea how to get out of the mess. It can also fester and promote intra-team conflicts and dissatisfaction.

In addition to just being frustrating, good software developers have a burning desire to keep their skills up-to-date. Systems with high tech debt are very difficult to work with, much less keep up to date. As a result, developers are stuck with libraries and frameworks that are many years old. They fear they will break something, so they avoid upgrading it altogether.

The real cost of all this is turnover. Good developers leave when they believe it is going nowhere. There is no sense of accomplishment, just frustration. There is worrying about the future since they aren’t learning anything new or acquiring new skills. They leave when they find a better opportunity, leaving behind those who are at peace with taking shortcuts or stuck working on the crummy project.

The people who are left behind do not voice their concerns as vocally as those who left and they continue increasing the tech debt. They have learned to survive with the beast and are at peace, taking the quick-and-dirty path all the time. One could also argue that the messy codebase encourages further poor practices and software rot owing to the broken window theory.

I’d argue that for organizations with high tech debt, it is more expensive to replace software developers than those with a lower amount of debt. When someone leave, they end up taking a chunk of tribal knowledge of code and processes with them. New hires take a long time to understand and get up to speed. It takes them a long time before they become productive.

How to fix it?

Good leaders and managers must evaluate tech debt regularly and take proactive steps to keep it under control. The worst thing senior technical leadership can do is deny the existence or effects of tech debt if it is present. The second worst thing to do is to ignore it and take no action if an action is needed. Those who do this are being short-sighted because they will soon be drowning in problems (if they stay.)

Let’s look at some strategies to paying off the debt. This is in no way a comprehensive list and based on my personal experiences.

A common strategy that I have seen work is setting aside a percentage of time each quarter or sprint to gradually pay off tech debt along with new feature development. Anywhere from 15% to 30% is reasonable, depending on how bad it is. This strategy works great if the tech debt isn’t out of control.

If the debt is out of control, then it must be attacked head-on and prioritized. A good strategy is to acknowledge the problem and let the software team know that it will be addressed. For large or medium organizations, it is important that all senior leaders are on board. For example, if the product or the marketing team don’t see the value or believe in it, they’ll continue pushing for new features that will result in a poor dynamic and make it fail. The debt metaphor works really well on non-technical people and helps them understand the problem. After the buy-in across the board, invite senior engineers to come up with a solution.

This process is an art rather than science. The most important thing is to identify a path that allows tech debt to be paid off gradually, and also allows new feature development or bug fixes to happen in parallel (albeit with some compromises.) Even the most complex systems can be gradually retired. I’ve found reverse-proxy’ing to be an effective technique in which some requests or parts of requests are redirected to newer services and older services are retired slowly.

If you’re a leader, you must assess the tech debt situation in your organization. Early detection and prevention will go a long way. Don’t ignore it if it has got too big and your developers are complaining and stressed out. It the situation isn’t too bad, schedule time to pay it off periodically. If it is out of control, make it an immediate priority. You might get away with it in the short term, but it will come back to bite you and feature development will slow down to snail’s pace.

I ran a survey to understand the impact of tech debt on employee retention. Please visit this link to see the results.

It’s bewildering how many many managers just let it build and not do anything about it. They treat it like payday loans and wonder why they are drowning a year later.

I love your rewrite mock technique :-)

I’ve seen another problem with rewrites. After developers have tried a few failed rewrite initiatives, product people lose trust and don’t want to hear about paying down tech debt and refactoring anymore. In this case, you becomes almost impossible to get them onboard. That’s one reason why incremental refactoring techniques are so important. With them, you can make the refactoring steps so small that you don’t have to ask for permission! I’ve write a series of post on the topic

I have been there. I recently quit a job, not because of the immense technical debt in the decades old naturally grown massive monolith of an awful project (it could have been solved incrementally even though it was made of five or six lengthy god objects that had rancid spaghetti with sql&orm sauce oozing out of every opening, of which there were many), but because middle management simply chose to ignore everything about it and simply leave the team alone without support or resources. Everybody despised working on it. It as a mystery bag full of nasty surprises. Everyone knew about this. When addressing the issue and possible solutions, nobody was surprised about the state of the software, but reactions were resigned rather than hopeful. Soon after I started there I found out why.

To me, it seems more often to be a structural issue in the hierarchy of an organization, at least from what I’ve seen or heard from people in similar positions I’ve talked to about this. (As Conways’s Law states humorously: Any piece of software reflects the organizational structure that produced it.) Does assigning resources to fixing technical debt account for admitting to having made a mistake as a manager? It seems to me the cost of technical debt is maybe to well hidden, to unclear or to accepted as normal to do anything about it. It is difficult to give it a price tag, and even more, to put a price on the promise of increased efficiency in future development. Maybe it boils down to a simple issue of trust in some cases, or the willingness to make a decision of vague payoff for ones own career. It seems hard to understand. Isn’t “doing nothing beyond the bare minimum maintenance” the same risk as “total rewrite from the ground up in current hyped technology”?

Total rewrites are almost always dangerous. Here’s a post I wrote on the subject. Not paying off tech debt and letting it build it is not a viable long term strategy. It will eventually become very inefficient and costly to maintain the system or to add new features.

Great suggestions on paying down tech debt. Where I work we have Principal Engineering Working Group that regularly identifies tech debt and a strategy that all or assigned teams have to follow. They also meet to discuss any shortcuts that must be taken in the short term. Works great.

Product managers and executives, in my experience, are accountable for 90% of the tech debt. The product managers push for features to be released hastily. Developers give in hearing terrifying forecasts of what might happen if a feature was delayed and take shortcuts to meet target dates. Product manager promise that devs can follow up later and fix it up. But the follow-up never happens since newer priorities supplant older ones, and the developer is assigned to the next project.

Thanks a lot Trivikram. I have fixed it.

Do Software Developers Normally Code on Weekends? Work-life Balance and Overtime in the Tech Industry
Portal Theme and Blog Redesign