Why Do Developers Love Music so Much? How to Concentrate in Noisy Open Offices 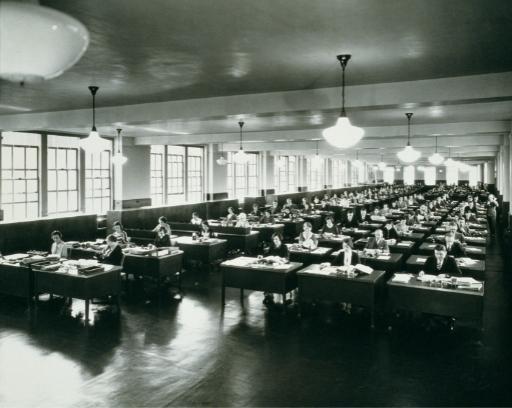 There are a million ways to lose a work day, but not even a single way to get one back - Peopleware

I used to like open floor plans until I had to work in one. On my first day of work at a company with an open office plan, I walked through a sea of conjoined desks to my spot and noticed on the way that over three quarters of the staff in the section had their headphones on. I thought to myself that these guys must love their music. It wasn’t until I settled in and tried to read my emails that I noticed how loud the office was. It then striked me that the poor souls were making a hopeless attempt to block out the noise with their headphones so they could concentrate on their tasks. Not long after, I was reaching into my laptop bag trying to look for my headphones and at the same time trying to find some music on the Youtube making a vain attempt to get in the zone.

At my very first job which was at a startup, I had a semi-private office which I shared with a senior developer. The second office could fit two developers or be used as a meeting area when it was available. The outside area was big enough for 4, perhaps 5 developers. The Operations and the I.T. staff sat in a different section that was separated from the engineering offices by a corridor and couple of doors. The engineering offices were generally very quiet and there were hardly any distractions to developers. 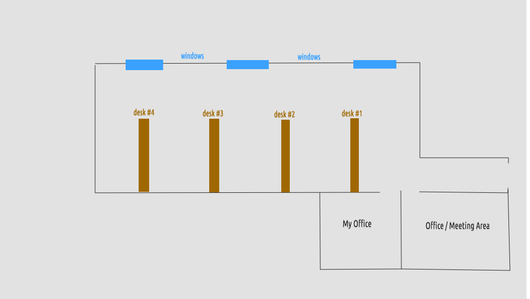 It was perfect (except that the windows didn’t have much of a view). We had just the right balance of space and the number of people using it.

Getting back to open floor plans, I think that the biggest problem is not so much with the concept, but with the density of people crammed into a small space. With so many people, there will be many visual and audible distractions like phone calls, conversations, skype calls, FedEx delivery guys walking around etc. This makes it impossible for developers to focus especially when they are trying to concentrate on a hard problem. Symptoms of such environment include developers looking for quiet corners in the office or ‘working from home’ in order to finish their projects on time.

I’m not saying that listening to music is bad - I listen to it myself when I’m doing some trivial task like writing a report or when I’m trying to relax. But I do have an issue when developers must use music in order to concentrate on their work. In the Peopleware chapter “Bring Back the Door”, there’s a section on an interesting study conducted at the Cornell University on the effects of listening to music while performing programming tasks:

During the 1960s, researchers at Cornell University conducted a series of tests on the effects of working with music. They polled a group of computer science students and divided the students into two groups, those who liked to have music in the background while they worked (studied) and those who did not. Then they put half of each group together in a silent room, and the other half of each group in a different room equipped with earphones and a musical selection. Participants in both rooms were given a Fortran programming problem to work out from specification. To no one’s surprise, participants in the two rooms performed about the same in speed and accuracy of programming […]

The Cornell experiment, however, contained a hidden wild card. The specification required that an output data stream be formed through a series of manipulations on numbers in the input data stream. For example, participants had to shift each number two digits to the left and then divide by one hundred and so on, perhaps completing a dozen operations in total. Although the specification never said it, the net effect of all the operations was that each output number was necessarily equal to its input number. Some people realized this and others did not. Of those who figured it out, the overwhelming majority came from the quiet room.

Many of the everyday tasks performed by professional workers are done in the serial processing center of the left brain. Music will not interfere particularly with this work, since it’s the brain’s holistic right side that digests music. But not all of the work is centered in the left brain. There is that occasional breakthrough that makes you say “Ahah!” and steers you toward an ingenious bypass that may save months or years of work. The creative leap involves right-brain function. If the right brain, is busy listening to 1001 Strings on Muzak, the opportunity for a creative leap is lost.

Taking an action to change the working environment isn’t easy. Most employees and managers who understand that their work environment is counter-productive don’t take an action because they feel that any sort of change is beyond their control or that any attempt to do so would be useless. Unfortunately, this is true. It cost money and some leases even forbid any sort of restructuring or changes to the office layout. But it’s 100% worth it. I have won few battles on this front and lost many. It took over 2 years of convincing and couple of resignations for the stake holders of a software development firm I helped start to move out of a very noisy ‘shared office’ into a quiet one with lots of private and semi-private offices. This “Policy of Default” is illustrated in Peopleware:

A California company that I consult for is very much concerned about being responsive to its people. Last year, the company’s management conducted a survey in which all programmers (more than a thousand) were asked to list the best and the worst aspects of their jobs. The manager who ran the survey was very excited about the changes the company had undertaken. He told me that the number two problem was poor communication with upper management. Having learned that from the survey, the company set up quality circles, gripe sessions, and other communication programs. I listened politely as he described them in detail. When he was done, I asked what the number one problem was. “The environment,” he replied. “People were upset about the noise.” I asked what steps the company had taken to remedy that problem. “Oh, we couldn’t do anything about that,” he said. “That’s outside our control.”

Except noise and interruptions, I have no major beef with open office floor plans. And these things are inherent properties of big open floor plans. Noise makes it difficult to concentrate and interruptions forces developers to context switch and getting back into what they were doing takes time: time that is wasted. Open floor plans are counter-productive and have established a culture of underperformance and overtime where developers regularly stay late or work late evenings from home to finish their tasks. Productivity falls and everyone suffers in the long run. May be it’s time to “Bring Back the Door” and provide a quiet, distraction-free environment for the developers to exercise their creativity.

I cannot concentrate with any music that has words in it.

Google Baroque music. It helps with the focus. It stimulates the left brain and blocks out other office noises. Youtube link: https://www.youtube.com/wat…

The air quality and circulation in indoor offices is poor and viruses such as common cold spread very fast. Some people are more susceptible to getting sick than th others. Open plans are the worst offenders when it comes to harming employee health and wellness.

Isn’t working in a shared office space so 1999?

We have broadband and fiber now, plus mail, chat, IM, Skype, bug trackers, Slack and other collaboration tools (and VPNs).

People can work from home, in their own quiet comfort, and also be spared 1+ hour commutes each way.

This sums it all up nicely.

Sure, but as someone who regularly works from either home or a co-working space, at home is a lot harder to focus. Your brain is in relaxation mode. If you have a specific room in the house you use for work, and only work (not other time you spend chilling on the computer too) then that’s probs the ideal solution.