DFS can be used directly, but is more often used as an intermediate technique within another algorithm. This lecture examines three applications of DFS.

If we view the depth-first tree from the example from chapter 17 as a timeline gives:

We can then substitute “(u” at each u.d and “u)” at each u.f such that the depth first tree (viewed as a timeline) represents a parenthetical expression. For example the final values above would represent the expression

A second application of DFS is to create a directed ordering of nodes, e.g. task dependencies. This can be done based on an important theorem that can be shown using DFS

A directed graph is acyclic (i.e. a DAG) if and only if a DFS produces no back edges.

Thus DFS can be used to test whether or not a graph has cycles on O(V+E) time.

Given a directed acyclic graph G (i.e. DAG, which can be determined via DFS), running DFS on G and sorting the vertices by decreasing finishing times produces a sequential ordering of the vertices. This can be seen since for any edge (u,v) in the depth-first tree, u must appear before v in the sorted list (since G is a DAG we know there are no back edges). For example, if the vertices represent a set of tasks with edges representing dependencies between tasks, a topological sort can be used to find a critical path. Since DFS runs in Θ(V + E), topological sort runs in the same time.

The third useful application of DFS is to perform a strongly connected component decomposition. Given a directed graph G(V,E), the strongly connected component decomposition determines sets of vertices Ci ∈ V such that for every pair u,v ∈ Ci ⇒ u ↝ v and v ↝ u. In otherwords, it separates the graph into subsets of vertices that are mutually reachable from each other.

Define the transpose of a graph

i.e. it is the original graph with all edges reversed. The transpose graph can be created in O(V+E) time if the graph is represented as an adjacency list.

Thus the procedure for finding strongly connected components is as follows:

The resulting depth-first trees from step 3 are the strongly connected components of G. Furthermore, the running time of SCCD is Θ(V+E). 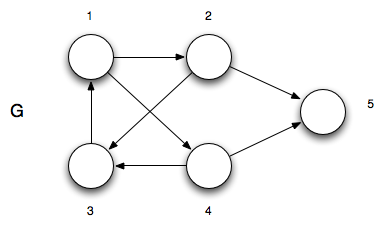 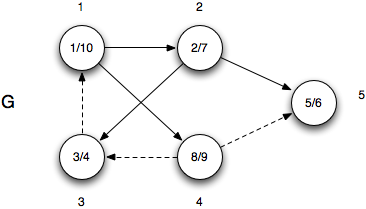 The transpose GT is 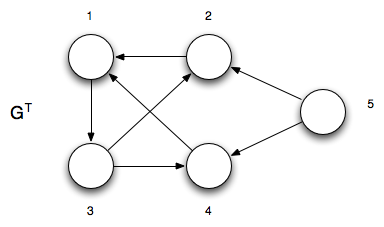 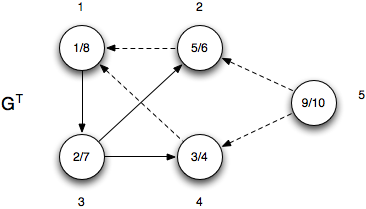 The depth-first trees from step 3 are 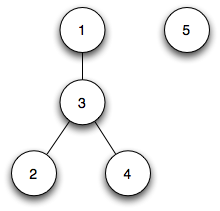